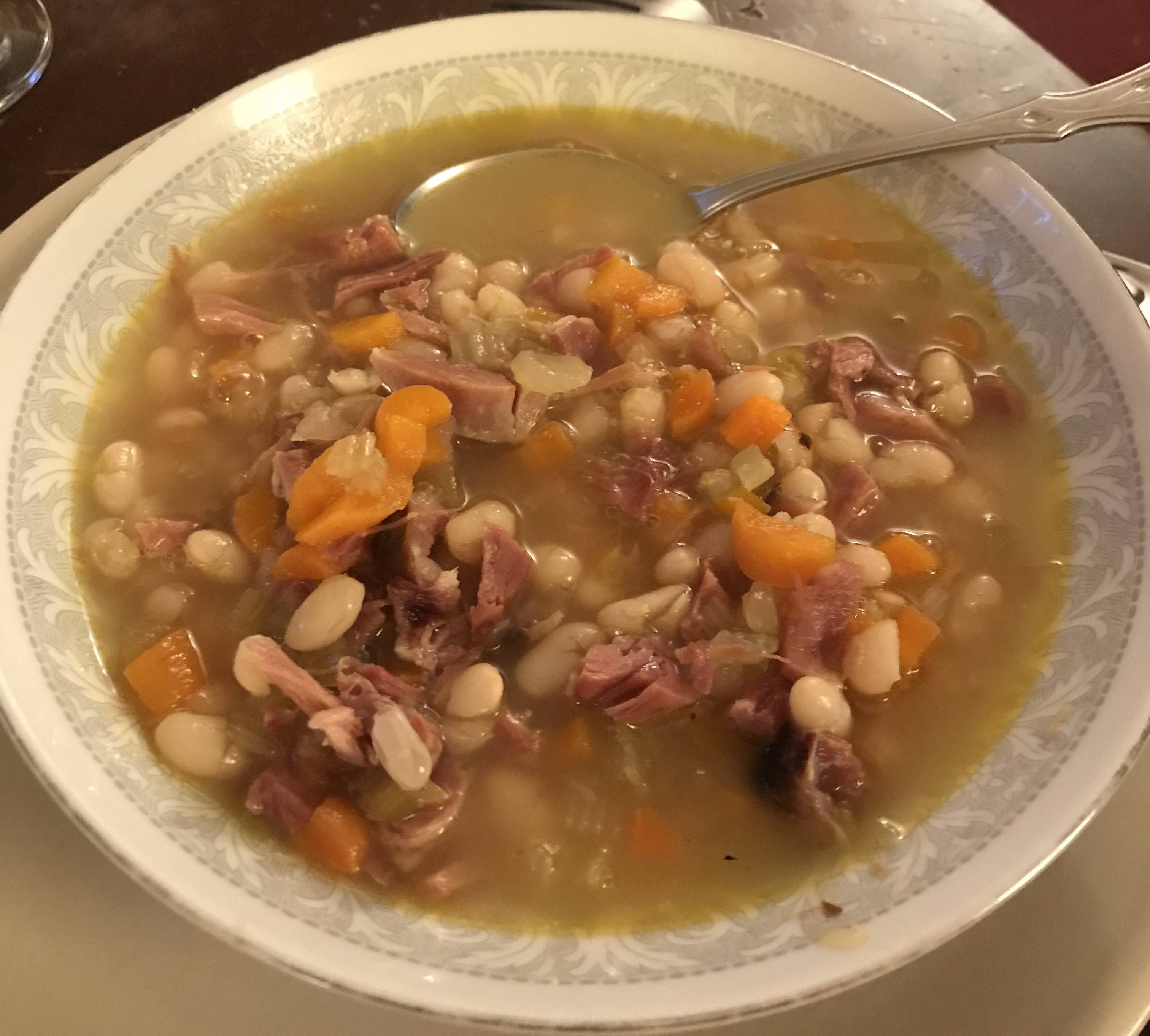 Galletta’s Galley and Homemade soup went hand in hand.  Every day there was a new soup on the menu.  All of them homemade and from Rachel’s personal cookbook.  One of her first soups was Navy Bean Soup, and it became a staple right from the start.  So I thought that for my first Recipe post I would give you my version of a Galletta’ Galley staple.

The first step in making Navy bean soup is to get the dry Navy Beans ready for cooking.  there are 2 methods for doing this, If you are organized enough, (which most times I am not) then the night before place a 16 oz  bag of Dry Navy Beans in a pot and cover with water, put a lid on it to sit over night. This will soften the beans and make the cooking time shorter.  If you are like me and do things last minute, then you take the beans and put them in the pot, cover with water, bring to boil for 2 or 3 minutes, remove from the heat and let them sit for about 1 hour to soften the beans 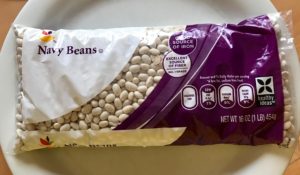 Most times at the restaurant we didn’t have a ham bone to start the broth for the soup, so we used Ham Bullion, much like Superior Touch Better that Bouillon Ham Base as shown below. 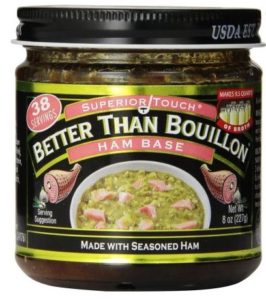 But for my soup, I was lucky enough to have a spiral ham bone that we had from Easter that we had frozen.  So I put it in a pot of water and simmered for at least 1 1/2 to 2 hours, a good test is when the meat falls off the bone it is ready to use.  I then strained the broth and set aside.  Once the bone is cool enough to work with remove any of the meat and chop for use in the soup at a later time.  Next up you need to chop the onion, Celery, and Carrots.

Now you can put the soup together.  Add butter or Smart Balance to the pot and add the onions.  Saute the onions for about 5 minutes on medium heat, you want them to be translucent, (don’t brown them).  Once the onions are cooked add celery and carrots and cook for 2 or 3 more minutes just to mix the onions in.  then add the ham, and your broth. Next step,

here you need to add the beans you can use the water that the beans had been soaking in as well you want about 4 quarts of liquid.  Add salt, pepper and Bay leaf, stir well and cook over medium heat, until the Vegetables and beans are soft.about 1 hour if you soaked the beans overnight, or 1 1/2 hours to 2 hours if no soaking occurred. The longer you cook the thicker the soup becomes, so if you like a soup that has lots of broth watch how long you cook it for. 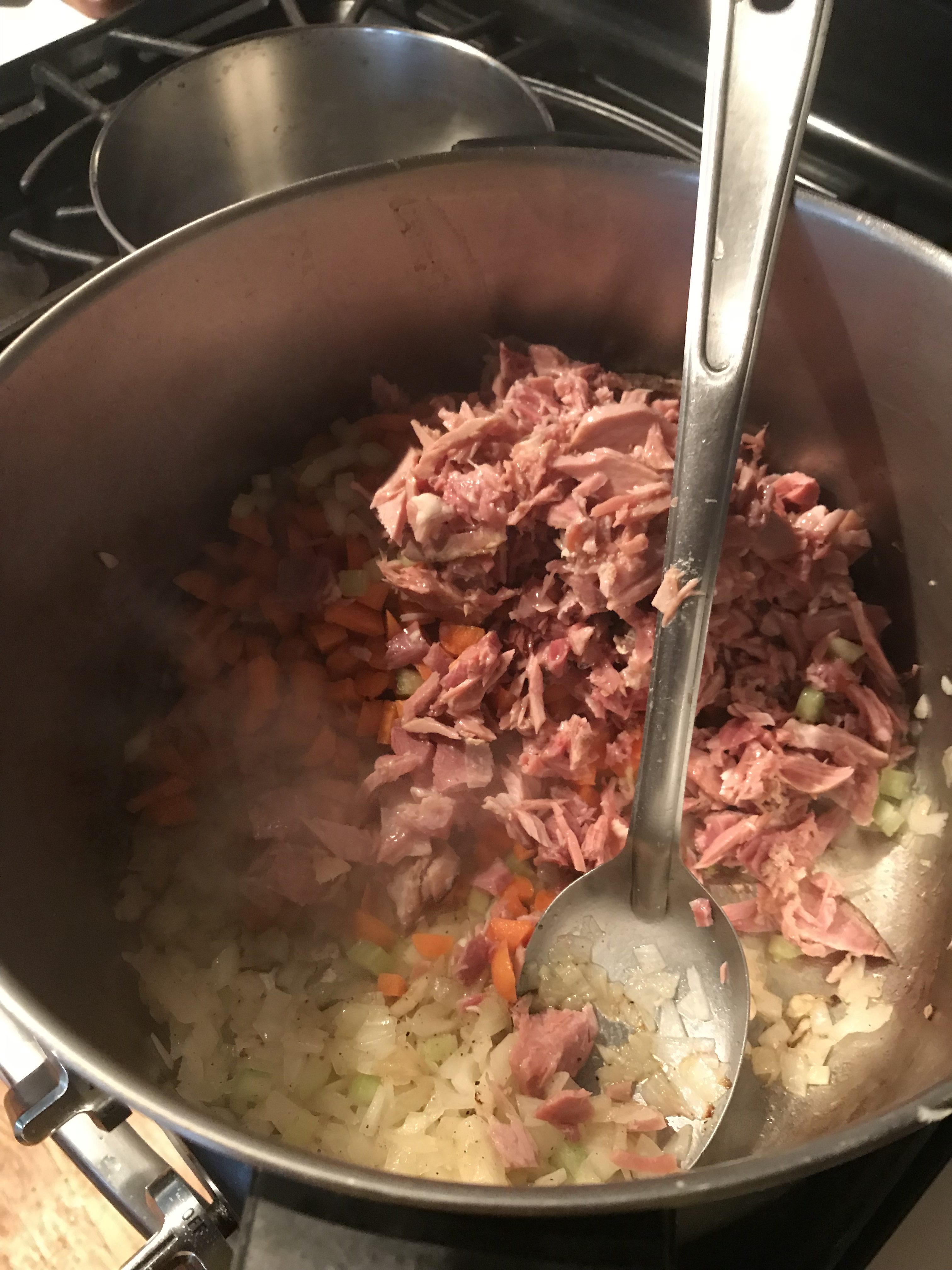 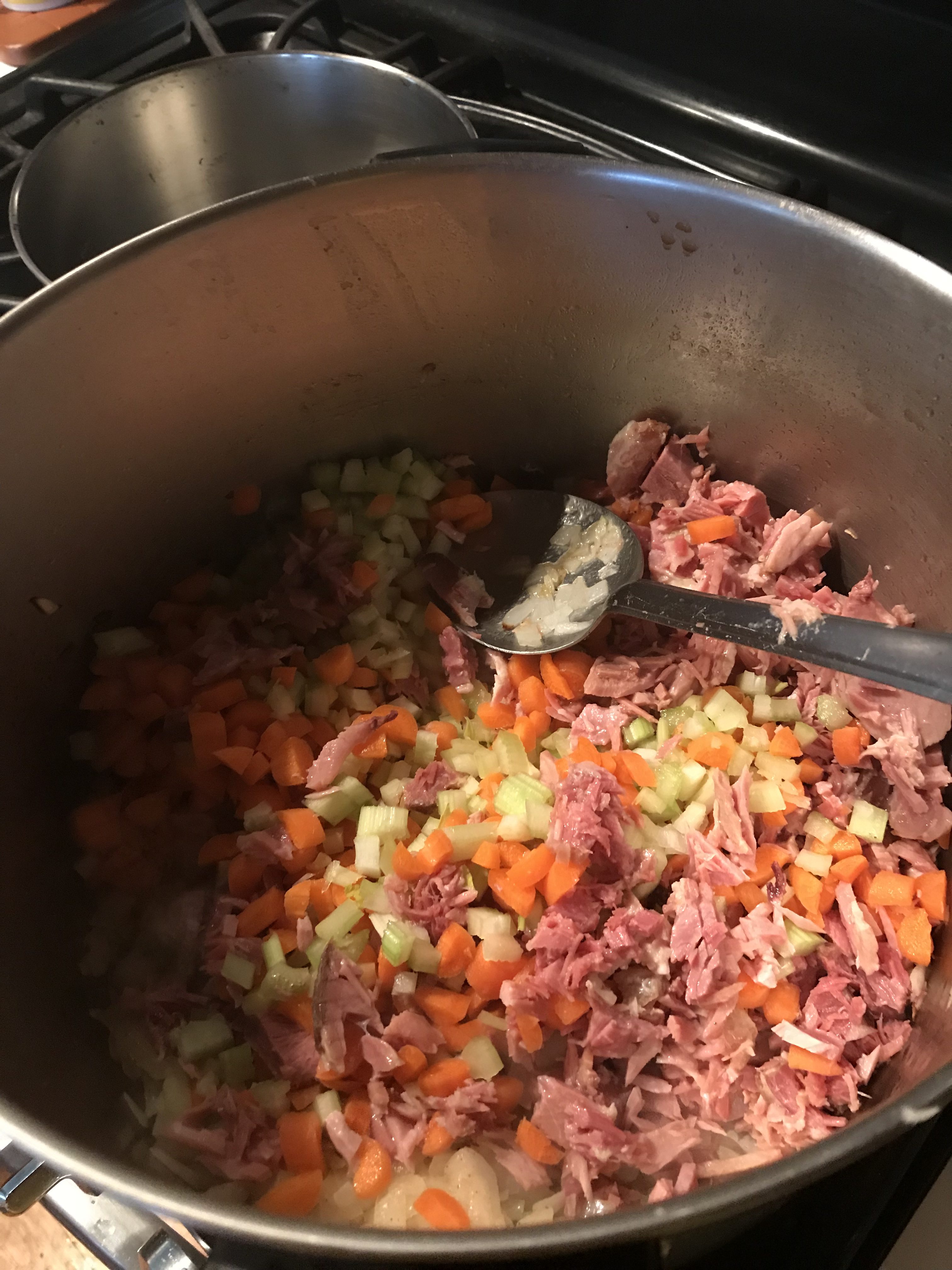 pe button.  That will take you directly to the full recipe.  It is a PDF file for ease of printing.

This soup freezes great. Put in 1 or 2 serving container and you have an instant meal. Enjoy!!